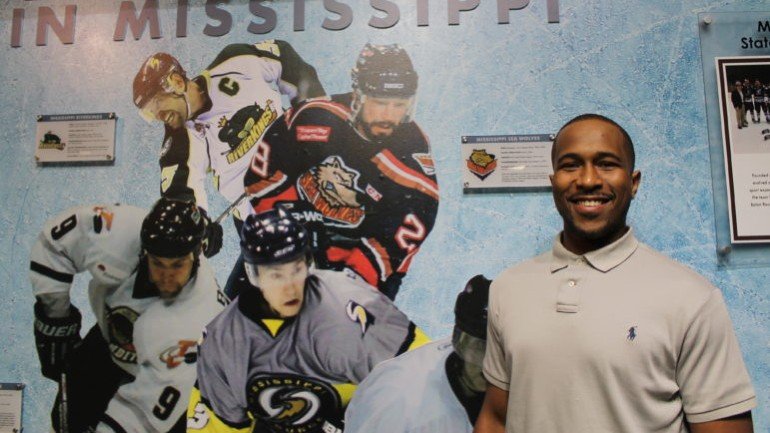 That goes for this writer, too, and I have spent about as much time in the place as anyone.

Over the weekend, I saw the museum’s newest exhibit: Pro Hockey in Mississippi.

Most of us know, if we have paid attention, that professional hockey has a history in the state. We had the Jackson Bandits here in Jackson. We also had the Sea Wolves and the Surge on the Gulf Coast, the T-Rex in Tupelo, and the RiverKings in Southaven. The teams are all extinct, with the RiverKings being the last to go, pulling the plug last year.

Those teams have left behind a lot of hockey fans – apparently, just not enough to pay the rent at the various coliseums.

But there is much more to learn from the hockey exhibit, including this: Did you know both Mississippi State and Ole Miss have club hockey teams? They do. Did you know Mississippi has produced at least one born-and-raised-here professional hockey player? His name is Marvin C. Powell II, born in Jackson, raised in Madison, and he raises eyebrows everywhere he goes.

Powell, 27, hasn’t made the NHL – at least not yet – but he just signed a contract with the Columbus (Ga.) River Dragons of the Federal Prospects Hockey League. At 6-feet and a well-proportioned 200 pounds, he looks like he could play halfback in the NFL. Instead, he has played pro hockey previously for the Danville (Ill.) Dashers and Port Huron Prowlers, also of the FPHL. Before that, he helped Williston (N.D.) State to the American College Hockey Association national championship in 2013. He also played college hockey in Canada.

Read the full story at MississippiToday.org | See the exhibit at the Mississippi Sports Hall of Fame

‘New Symphony of Time’ exhibit to open Sep. 7 at MMA